The Rosie the Riveter/World War II Home Front National Historical Park opened in Richmond in 2000. Five of Richmond’s original “Rosies,” now all in their nineties, volunteer in the park. This is their story. 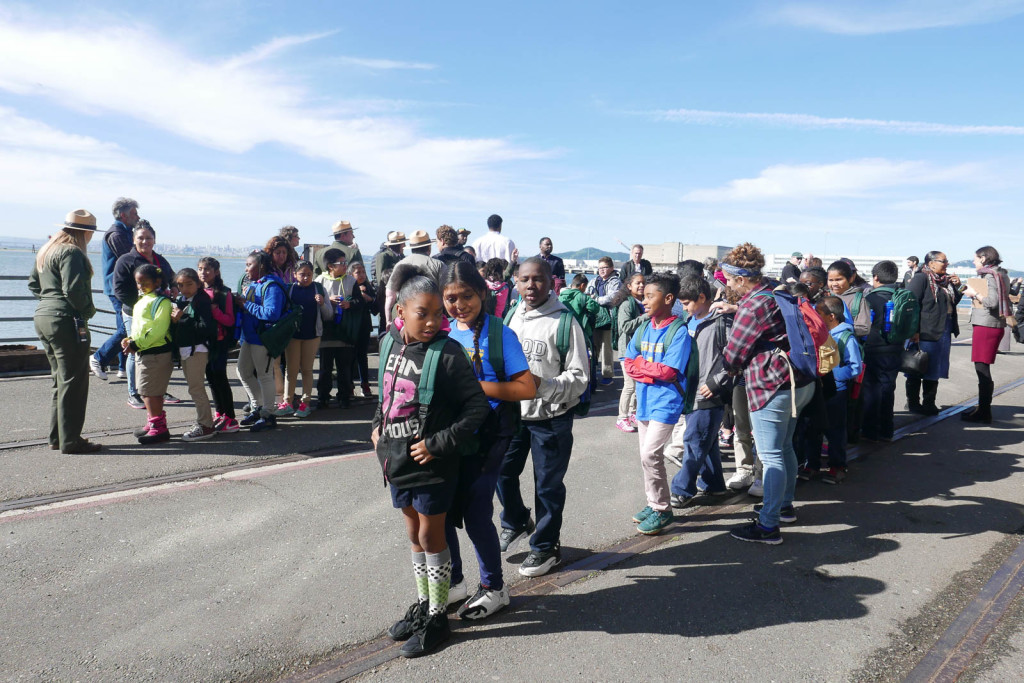 Every Kid in a Park is a White House youth initiative that gives every fourth grader in the United States, along with their families, free passes to visit all federally-owned lands and waters, including the national parks. Marshawn Lynch made a special appearance. “Rosie the Riveter” is the iconic symbol of female independence and strength, celebrating the female workers who played a pivotal role in World War II shipbuilding. The museum, operated by the National Park Service, features photographs, films and educational exhibits all about the welders and other skilled trades taken up by women after the men went off to war duty.

Morrison was one of the “Rosies,” and they are still contributing. Now, they tell first-hand accounts of working at the shipyards just a few yards away. Standing at the intersection of Harbour Way and Nevin Avenue sits the famed New Hotel Carquinez. Most of the people passing through the ornate entryway these days are senior residents of the subsidized apartments inside. There is no fancy restaurant, no bellhops, no grand chandeliers. Governor Brown signed a bill into state law Tuesday in Richmond, signaling what sponsors portrayed as a milestone in the decades-long battle for equal pay for women. Richmond’s Rosie the Riveter/World War II Home Front National Historical Park has been doing brisk business thanks to one of its employee’s international exposure during the 16-day shutdown of the federal government. Visitors are coming to see Betty Reid Soskin, the 92-year-old park ranger that has become an international celebrity. During the federal shutdown, Soskin… Richmond is a city that celebrates its history. On Saturday, the sixth annual Home Front Festival in the Craneway Pavilion at Ford Point, paid homage to the importance of World War II in the shaping and growth of the city. Hundreds came and went throughout the sunny day, enjoying the interactive history booths, live music,… It was a long meeting of the Richmond City Council Tuesday night, and it lasted into early Wednesday morning, filled with passionate debate regarding where the SS Red Oak Victory Ship should be berthed—and at what cost. The one mile long stretch of the 23rd Street in Richmond was filled to capacity with people who took part in the 5th annual Cinco the Mayo street festival on Sunday, which was organized by the 23rd Street Merchants Association. Now in their 80s, a group of original “Rosie the Riveters” celebrated the unveiling of memorabilia at a local restaurant.