SS Red Oak Victory: One of the last Victory ships

With the holidays around the corner many are looking for fun things to do in Richmond. Don’t worry because you won’t have to go far. One of the few remaining Victory ships, the SS Red Oak Victory, is now a floating museum open to the public at Kaiser Shipyard No. 3 in Richmond. The hours of operation are Tuesday, Thursday, Saturday and Sunday from 10am – 3PM. You can call 510-237-2933 for more information or to book tours of eight or more.

During WWII, Victory ships were produced in large numbers off the California coast. This class of cargo ship is slightly bigger and more powerful than the similarly designed Liberty ships. They transported much needed supplies, including highly volatile ammunition, to the U.S. fleet until the Allied victory in 1945.

In the video below, Melinda McCrary, executive director of the Richmond Museum, explains how the SS Red Oak was used and where she got her name.

Go on a journey inside the SS Red Oak Victory and learn more about the ship by clicking on the tabs that appear when you hover over the picture of the ship. 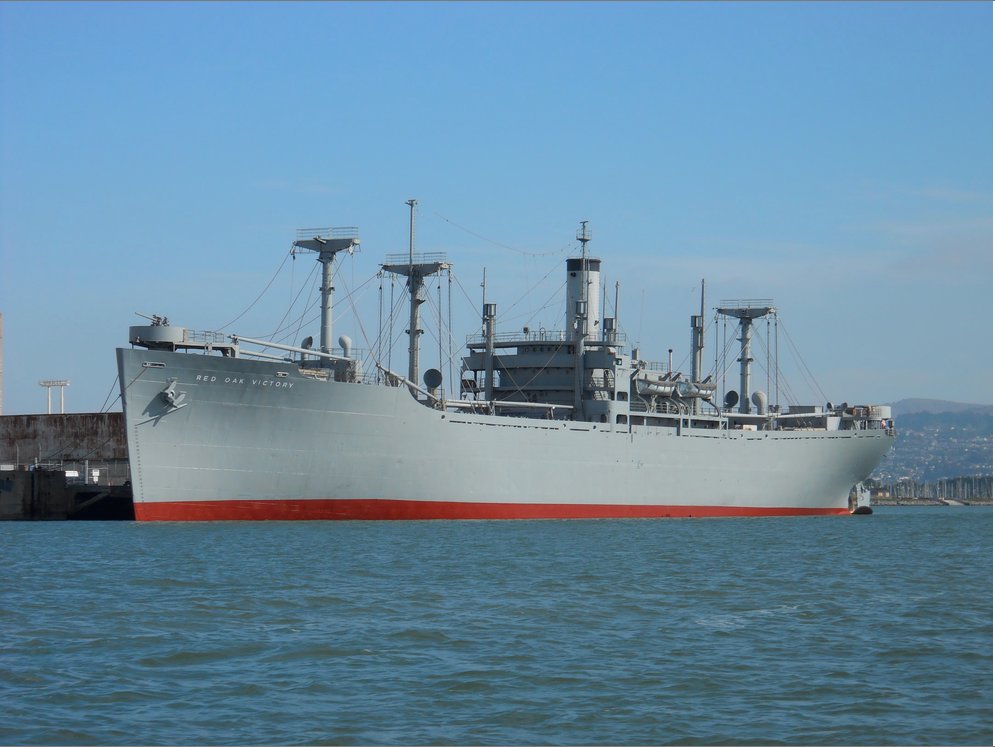 Learn more about where the SS Red Oak Victory traveled to by clicking on the red pins on the map.

The mass exodus of male soldiers during the Second World War created a severe labor shortage throughout the United States. As a result, women began working jobs previously held by men. By 1945, one out of every four married women worked outside the home. The image of Rosie the Riveter, created as part of a government campaign to enlist female workers, inspired women in Richmond, California to seek work in the local shipyards where the SS Red Oak Victory was built.

Scroll through our historical timeline by clicking on the arrows to learn more facts World War II, the Kaiser Shipyards and the SS Red Oak Victory.

Bob DiChiara, 90, was one of the first men aboard the SS Red Oak Victory. He served on her crew until the war’s end. DiChiara recently recalled his experiences from his home in South Florida.