Even at 82-years-old, Sun Kwon was full of life.

She regularly woke before dawn for her daily walk, a two-and-a-half-mile jaunt from her apartment in El Cerrito to the Albany border and back.

She relished the whispers of the shuttered strip malls, auto body shops, motels and massage parlors along San Pablo Avenue, a peaceful lull before the commercial strip sprang to life.

Her children warned her not to go out before sunrise – this was Richmond after all, not the Korea of her youth – but she was strong-willed.

She had been anticipating a family cruise to Hawaii and relatives suspect she’d had trouble sleeping due to the excitement. She’d already packed her bags, though the trip was still a week off.

Police estimate that Kwon ventured into the dark, chilly streets around 3 a.m., after pulling on purple sweatpants, a white Warriors windbreaker and a beanie. She headed south from the retirement home where she lived alone at 11025 San Pablo Ave.

Six hours later, the manager of Big O Tires at 10733 San Pablo Ave. discovered Kwon’s limp body next to a heap of discarded treads outside his shop. She was unconscious, hypothermic and bloodied.

She’d been sexually assaulted, viciously beaten and left for dead just five blocks from her home.

Putting the pieces together

Kwon was airlifted to John Muir Medical Center in Walnut Creek where doctors thought she might not survive the major head trauma she had sustained.

Yet after nine days in a coma, the grim outlook brightened. Kwon regained consciousness. She was later discharged from the hospital and sent to a rehab facility where therapists attempted to nurse her back to health over the course of six months.

But Kwon never made it home.

On July 31, 2012, she died from complications stemming from the injuries she had sustained in the apparently random assault.

The investigation ran out of steam during that same period. The homicide squad had dedicated countless hours and put their best resources to the task, but their efforts produced no solid leads.

The case became officially inactive on Oct. 11, 2012. Nearly three years after the original incident, the identity of Kwon’s attacker remains a mystery.

Cool, but not cold

Most cold cases get shelved away in Room A261 on the second floor of the police department’s headquarters on Regatta Blvd, but this one is different. The 4-inch thick accordion file on Sun Kwon remains on Sgt. Johanson’s desk.

“This case won’t be closed out as long as I’m still working investigations and even afterwards, wherever I go,” Johanson said, punching her fingertips into the tabletop in front of her.

“I’m just absolutely convinced that someone has information on this case. I know they do. I know someone was talking about it and someone overheard someone talking about it,” Johanson said. “I need these people to come forward.”

Lt. Louie Tirona, who supervises criminal investigations at the department, said stranger-on-stranger homicides are rare and extremely difficult to crack. It can be virtually impossible to link victim and perpetrator in the absence of an eyewitness.

“You have to show that they were in the same place at the same time and develop a motive,” Tirona said. “In true stranger murders, delving into one’s background doesn’t provide any insight into a connection between the victim and the murderer.”

Uncovering that faint wisp of an intersection is, according to Tirona, much like trying to find the proverbial needle in the haystack.

“Many times you will not find anything,” Tirona said, “other than maybe a routine.”

From the start, Kwon’s routine was all detectives had to work with.

Police canvassed door-to-door around Big O Tires, asking residents and employees if they had seen anything. Extra patrols were assigned to the San Pablo corridor with orders to stop and question all passersby, especially transients and those out at night.

Officers from El Cerrito, which borders Richmond along San Pablo, aided in trawling the area for several weeks. Nobody seemed to know anything.

Patrol Sgt. Brian Gard, then a homicide detective, was off-duty but on-call the morning of the attack. He responded to the initial report and was assigned lead investigator, the boots on the ground each day.

“Unfortunately, there wasn’t anything to go on,” Gard said.

In that first week, Kwon was still unable to speak.

Detectives pored over video footage captured on nearby surveillance cameras but saw nothing unusual and, often, nothing at all.

Time-stamped tapes showed Kwon heading south to her regular turnaround point at Nation’s Giant Hamburgers on San Pablo and Central Ave. and then passing back toward home. The grainy images didn’t catch anyone following her.

Kwon’s blood-soaked clothes were booked into evidence, as were fluids swabbed from her body. The crime lab looked for potential DNA samples that could produce a lead.

Gard realized early on that a chatty perp was their best chance. According to investigators, criminals often brag or confess to others, and tip money can entice an acquaintance that has heard a secret slip.

Police issued a press release offering a $10,000 reward for information leading to a conviction and hoped for the best.

Grasping for a memory

When Kwon regained consciousness and some of her strength, officers and family members asked her what, if anything, she could remember of the attack.

She said a man about 20-years-old, possibly Asian or Latino and unshaven, had emerged from a setback stairwell and demanded money as she neared El Cerrito City Hall. Kwon didn’t carry a purse on her morning walks and she told the man so.

Another LOL – cop shorthand for “little old lady” – might have been spooked, but Kwon was scrappy and fearless and she kept walking.

She thought she might have spotted the same scruffy fellow for a split second on her way back, but that’s where her recollection stopped.

Police planned to have a sketch artist work with Kwon to draw a picture of the suspect. She died before they had the chance.

With the help of a translator, Gard asked Kwon questions about the sexual assault she endured, a delicate task for a male detective facing a woman his grandmother’s age. He was struck by how patient she was with him.

“She would even giggle,” Gard said. “She could see that it bothered me to ask and, you know, she’d kind of pat my arm and answer the question.”

In recalling “Mrs. Kwon,” Gard’s eyes often moistened and a sheepish smile crept across his face before he clawed back the composure expected of a third-generation cop. He attended Kwon’s funeral and has kept in touch with her family.

A family searches for answers

The night of the attack, Kwon’s four children were permitted to visit the ICU two at a time. Her oldest daughter, Sunny, and youngest son went first.

“My younger brother couldn’t say a word,” Sunny Kwon said. “I looked at her and I didn’t recognize her.”

The prone and swollen patient hardly resembled their healthy mother, a woman who had followed her adult children from Seoul to the Bay Area in 1983, owned and operated the first Korean restaurant on Solano Avenue in Albany and, after being widowed in 1997, took up line dancing and threw herself into Bible study at her local church.

A woman came to see Sunny Kwon after her mother’s attack. The stranger had frequently spotted Sun Kwon walking during her morning commute. More than once she had driven slowly behind the old lady for several blocks, just to make sure she made it safely down the avenue.

During her six months in rehab, Kwon never managed to walk on her own again. Strapped to a walker and guided by a therapist, she could shuffle up or down the hallway outside her room. Longer distances required a wheelchair.

Sunny Kwon called Gard recently when she saw in the news that an elderly woman in El Cerrito had been beaten and carjacked, but she tries not to bother him too much. She knows that he and Johanson want to find her mother’s killer as badly as she does.

The Richmond Police Department has upped its usual $10,000 reward to $25,000 for witness testimony leading to a conviction or guilty plea from Sun Kwon’s attacker. Investigators wait until the money motivates someone to talk or, as is unfortunately typical, the perpetrator reoffends.

As long as the killer remains at large, Sunny Kwon looks for him. She hopes one day to bring good news to the Albany waterfront where she scattered some of her mother’s ashes.

“I just want to see his face so I can tell my mother I saw him and he is captured and now she can be at peace,” Kwon said.

“You know when you’re hungry, you think about food?” she asked. “Every time my sister and I go to a restaurant and see somebody with a scratch on his face or a cast on his arm, we wonder, does that look a little bit like what mom described?”

Anyone with information related to the assault of Sun Kwon should call Sgt. Stina Johanson of the Richmond Police Department at (510) 685-1563. Anonymous tips are also accepted 24 hours per day at (510) 232-TIPS (8477). Up to $25,000 in reward money is available, depending on the strength of the tip provided. 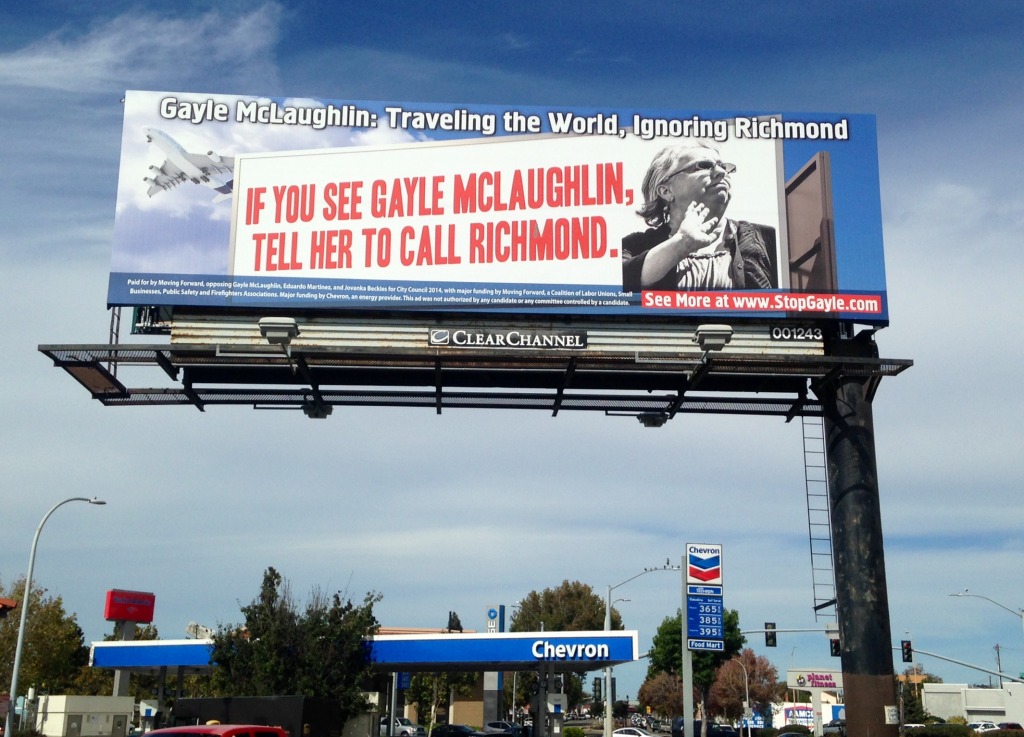