The family of a 17-year old Kennedy High School student last seen on the Richmond San-Rafael Bridge nearly six weeks ago, say Richmond police should investigate the disappearance as a robbery and possible kidnapping.

Antoine Whittley was last seen on Feb. 10 after exiting a rideshare car on the bridge. The Richmond Police Department is offering a $10,000 reward for information about Antoine’s whereabouts. But so far, they have come up empty.

Anthony Whittley, Antoine’s father, said police are operating under the theory that Antoine jumped off the bridge, based on what Antoine is reported to have told a friend. But Whittley thinks they should consider the possibility that his son met with foul play. He said police have not looked for clues in Antoine’s room and turned down Whittley’s request that they examine cellphone records.

On Tuesday, Whittley said there was no new information about the case.

Police did not respond to Richmond Confidential’s request to address Whittley’s claims.

During a Feb, 19 news conference, police Sgt. Aaron Pomeroy said there was no evidence that Antoine was the victim of a crime. He said Antoine and a friend took some type of drug, possibly a hallucinogenic, the night Antoine went missing.

According to what the driver said, when Antoine realized he was on the bridge, he assaulted the driver and accused him of trying to kidnap him. He then demanded to get out of the car, which was westbound at the mid-span. The friend said Antoine called him from the bridge around 8:30 p.m., claiming someone was trying to kidnap him and that he might have to jump off.

Antoine’s family reported him missing the following morning. They called Antoine “a good kid” and said it wasn’t like him to not come home. His mother, Tanetta Morgain, said Antoine enjoys sports and spends a lot of time playing computer games. She said he gave her a hug before he left for his friend’s house on Feb. 10.

Pomeroy said surveillance on the bridge haven’t helped because they don’t cover the entire span.

At the news conference, Richmond Police Chief Bisa French said police talked to numerous people and were using “every available resource” to determine what happened.

“We are committed to doing everything we can to find Antoine,” she said.

On its Facebook page, the police department encourages anyone with information to contact Detective K. Palma at (510)-621-1276 or kpalma@richmondpd.net. 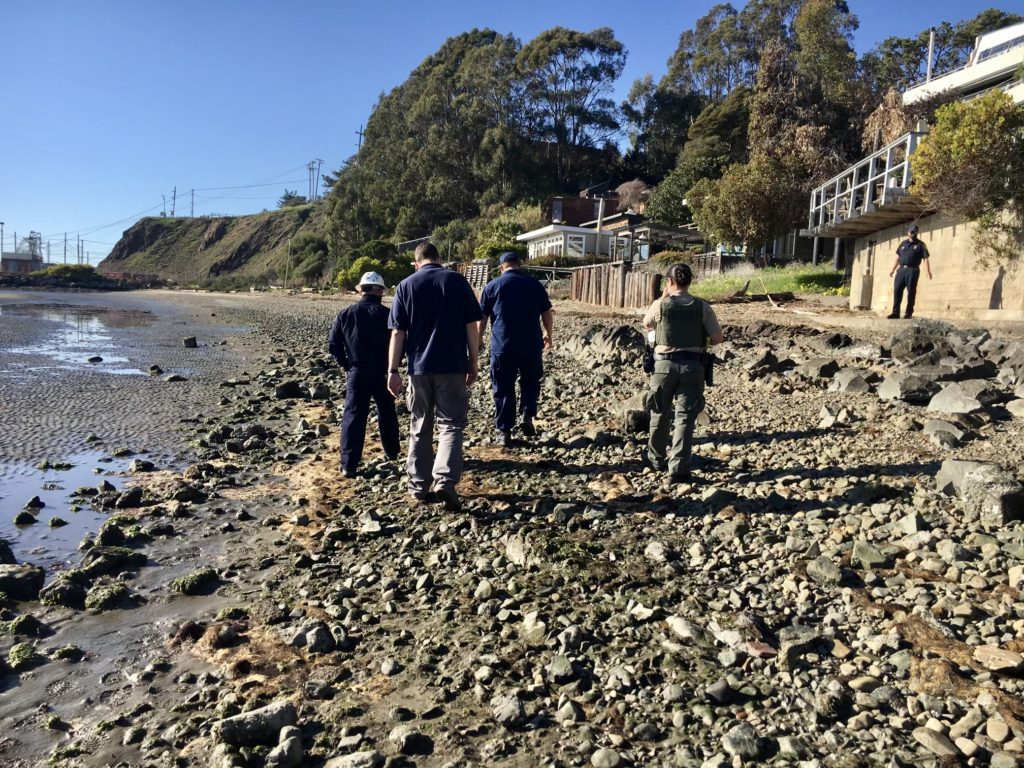 What caused Chevron pipeline to leak diesel into bay?