Nikki Beasley is poised, even though she’s squaring off against Richmond’s city council and Mayor Tom Butt, who moments earlier proposed axing the city’s only public housing agency.

The mayor contends that the Department of Housing and Urban Development, or HUD, a primary source of funding for most public housing agencies, is unfairly punishing Richmond with a series of audits, fines and threats. But Beasley says it’s a little more complicated, and that Richmond “did and does have a responsibility” to the agency’s muddled past.

“We didn’t get here overnight,” she reminds the council. “This has been ongoing.”

Beasley is executive director of Richmond Neighborhood Housing Services, a nonprofit developed in the 1980s to address housing inequities, particularly those created by practices such as redlining and discriminatory lending. She’s served in her current position for little more than a year, but in that time she’s made it clear she’ll be showing up and speaking her mind when it counts.

“I sit at a lot of tables, and there’s not people of color at these tables, so I make it a point to show up,” Beasley told Richmond Confidential during an interview.

With significant developments — like Hilltop Mall, which could add nearly 10,000 housing units to Richmond’s housing inventory, and Terminal One — in the pipeline, gentrification is on the horizon, Beasley says. What matters now is educating the public on what’s to come, particularly those most vulnerable to a sharp rise in the cost of living.

“For the city of Richmond, when you look at the historical growth, you haven’t really seen growth since World War II,” Beasley said.

The challenges, Beasley says, are “multifaceted,” and need to be addressed by educating the community and promoting upward mobility.

But a lot also rests on the city’s ability to be “forward-thinking and ahead of the pendulum as things start to shift,” she says.

Beasley didn’t follow a traditional path to nonprofit work. She got her start as a banker and, later, took on her own insurance practice. After her mother passed away suddenly in 2014, Beasley found herself drifting. She was at the top level of her career, a job she said she could do “in her sleep.” But in 2016, a friend approached her about a new opportunity: a nonprofit housing agency in Richmond that was trying to rebrand itself.

It was also looking for a new director.

‘There Had to Be More’

In 1985, Beasley’s life changed. She was working in retail, and a customer approached her with a job offer.

“She liked the way that I sold,” Beasley remembered. The woman, a branch manager at a local bank, offered her a part-time job. She accepted.

“I started out as a teller, got a chance to see her in action, and said ‘I want to do that, I want to be a branch manager.’”

It would be a windy road, complete with the birth of two daughters and the end of a rocky relationship, but Beasley surmounted these obstacles and more while climbing her way from teller to branch manager at a San Francisco Citibank, where she worked for over 10 years.

“I kind of got that desire that there had to be more, that I had to do more,” Beasley said.

In 2005, Beasley left Citibank and moved to Stockton, where she established her own insurance practice. But when she started talking to her clients, particularly women, they would express frustration with their finances and many didn’t know how to plan ahead. On the side, she started doing consultations.

“I felt that finance is an intimidating conversation for most, and I wanted to be able to educate women so they would know how to have conversations with professionals as it related to their financing,” Beasley said.

There’s a financial “gap” between men and women that encompasses more than just pay rates and bonuses, she said.

According to a report from MarketWatch, women make just 79 percent of what men do for the same amount of work, which puts them at a disadvantage when it comes to creating an emergency fund, saving for a home or stashing money for retirement. The same report says men have about 50 percent more in their retirement accounts than women.

Beasley would coach clients along so that they would feel better about having conversations with banks and financial advisors, not walking away with things they didn’t need because they were intimidated by the process.

Beasley’s knack for educating women in financial matters extends to her own young daughters, age 26 and 17. She’s mindful of the legacy she’s leaving behind. “Although motherhood is great, it’d be nice to see them doing their own thing,” she said.

After more than two decades in the banking and finance world, Beasley again felt the call for more. She had always been engaged with the community during her career, so it seemed like a natural progression to move into the nonprofit realm.

A friend was approached by the board of directors for Richmond Neighborhood Housing Services (RHNS), a nonprofit organization that helped residents find affordable housing, and advocated for low-income residents. They said they were trying to relaunch their organization, and asked if she knew anyone who would be a good fit for their new executive director.
Beasley looked into it, and in May 2016 she took the helm.

“To be in affordable housing, it’s kind of like the best thing ever, because everyone’s talking about it,” she said. “You can’t go anywhere without there being a conversation about housing, so this is a great time to be in the industry.”

Beasley is moderating a housing town hall inside a south Richmond church on a Saturday morning. In the room are five individuals who represent a wide variety of related issues: a nonprofit developer of affordable housing, a state representative, a local activist, a tenant, and Mariana Moore, director of Contra Costa’s Ensuring Opportunity campaign, an initiative to end poverty in the county.

The nonprofit developer spoke about the difficulty developing affordable units in Richmond, and how endeavors in the area weren’t “penciling” out for the company at present. Beasley wasn’t satisfied with that answer. She challenged the developer to think of ways to overcome the financial obstacles.

Moore praised her no-nonsense spirit. If there’s an obstacle, she said, Beasley will ask how we knock it down. “Her fierce, fighting spirit shows up in those kinds of conversations, where I think she’s just kind of someone who doesn’t take no for an answer.”
Moore hosted a series of housing town halls throughout Contra Costa County during the fall, and asked Beasley personally to lead the forum in Richmond.

“She’s just that kind of person that can come in and just do an extremely confident job and knows the issues, and yet can create space for other people to be in dialogue on the issues,” Moore said.

The nonprofit that Beasley leads may not be a household name, but Richmond Neighborhood Housing Services is an official HUD counseling agency that has helped connect more than 7,500 Bay Area residents to critical services, including legal aid, affordable rental assistance and down payment assistance, financial literacy education and more. Its aim: to “reverse the adverse effects of systemic segregation, redlining, disinvestment and blight,” according to RNHS website.

“Our mission is to show up, and be in these places and spaces that no one else, you don’t have people of color, black people in powerful positions or in decision-making positions at the table having these conversations,” Beasley said.

Beasley cites books like The Color of Law, which outline decades of systematic segregation in home buying, lending, renting, health care, and countless other critical services, along color lines.

“We have been living this for a long time. Maybe we haven’t understood the words or the terminology to articulate, but we’ve known for a long time something just wasn’t right,” Beasley explained.

If the debt weren’t an issue, Beasley says she’d be getting her master’s degree right now.

“At the end of the day I would love to be a professor. That’s how I would like to retire.” She says a quiet house on the hill wouldn’t hurt, either.

Beasley says that when she’s off, she’s off, and when she’s on, she’s on. On weekends, you might catch her in a pair of flip-flops tending to her patio garden, or you might not find her at all.

“I grew up as an only child, so I’m really OK with being by myself. I long for the days of not getting out of bed and binge watching on Netflix or Hulu.”

But Beasley is “on” more often than not. She’s giddy when she talks about the future of RNHS. She practically squeaks while divulging their latest plan: to finance five to seven infill homes in partnership with the Richmond Community Foundation, which recently secured a social impact bond to rehabilitate 17 homes.

RNHS is also bidding for a blighted property with infill homes in West Oakland. If the bid is successful, they’ll restore these homes and sell them as affordable single-family dwellings.

As much as she loves the nonprofit world, and being a housing advocate in the Richmond community, she hopes that in the future the organization disappears — because it’s no longer needed.

“My goal is, and it may not be reached in my tenure or in my lifetime, but the goal of a nonprofit is to no longer be relevant because you fixed the problem,” Beasley said. “So, the times that I’m here I want to be sure that because of us we’re seeing some changes.”

Beasley says she’s learned a lot during the past year and a half, but the most striking realization was that there are real people at the end of all the huge conversations around housing and inequity. She’s gotten “very protective” of the Richmond residents and communities that she serves.

“What I’ve learned that it you don’t make a plan, a plan will be designed for you.” 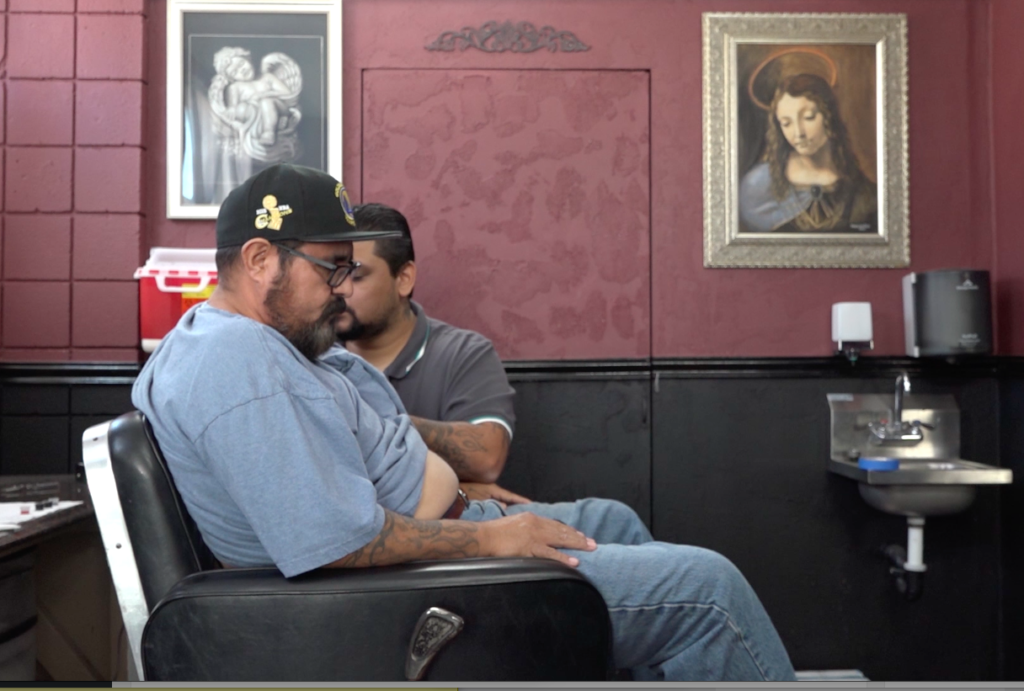 ‘We talk about everything:’ Three small businesses in Richmond on relationships with customers