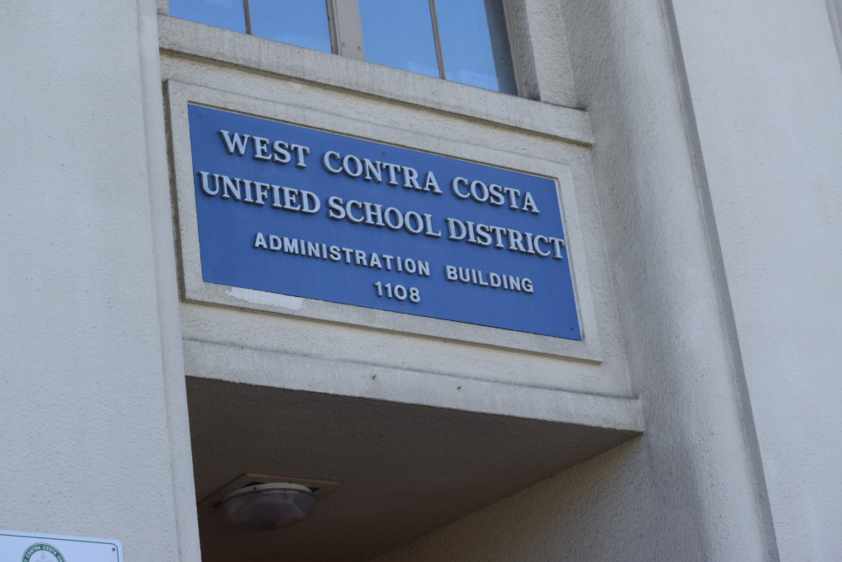 Education pilot program to be implemented in school district

West Contra Costa Unified School District is about to become the laboratory for a nationwide experiment to improve education.

The project, called the Teachers Guild, takes new ideas proposed by educators from around the country and tests them in classrooms, using feedback from schools and teachers to refine them throughout the process.

The Teachers Guild experiments are slated to go on for the next three years, and the project at WCCUSD is the first. The pilot, which begins in November, will run at no cost to the district.

Global design and consulting firm Ideo originally conceived the Teachers Guild as an online forum for educators to discuss shared problems and solutions. Tech giant Alphabet Inc.’s Google joined the project over the summer, looking to tap the group of teachers Ideo had assembled for new ideas

Google was drawn to the Teachers Guild project because it provided access to perspectives of working teachers, said Tom Sayer, a program manager at Google’s education division and the lead Google representative on the project. “As soon as you get away from the classroom, you lose touch with just quite how challenging classes can be,” Sayer said.

Google and Ideo have both been major players in education.

In 2006, Google launched Apps for Education, a version of its document and storage programs tailored for schools. The company reported earlier this year that more than 40 million students, faculty and staff were using the programs. Like the rest of the Google Doc suite, the education apps are free.

Ideo had been offering its design thinking process to corporate clients, including banks, airlines and retailers, since the firm was founded in 1991. Design thinking is a structured way to identify an organization’s challenges, and then prototype, realize and improve ways to solve them. Ideo has used design thinking to create new products and software, renovate buildings and advise companies on brand strategy, for example, and the firm’s founders helped design the original Apple mouse in 1980.

Ideo adapted its design thinking process for educators in 2010. Applied to education, the design thinking approach addresses specific problems with a strong emphasis on student and teacher input. For example, Ideo asked more than 1,000 students to weigh in before overhauling dining spaces and meal offerings in the San Francisco public schools’ under-used, budget-draining cafeterias. A guide on the design thinking process for educators, which the firm offers for free, has been downloaded from its site more than 100,000 times.

Once the two firms joined forces and the Teachers Guild project was ready to be tested, the Google team proposed WCCUSD as the site for the experiment. The district was a perfect test subject because there was a range of student achievement and socioeconomic levels. It also helped that the district was close to Google and Ideo’s Bay Area headquarters, so the group could meet in person. Google already had a relationship with Todd Groves, the district’s board of education president, who they knew was always looking for innovative ways to improve teaching. Groves jumped at the opportunity.

“I’ve always been interested in design thinking as a process,” Groves said. “It was exciting to see practices that I know people are using in the real world, in the business world and academics, filtering back to K-12.”

In July, Google’s team posed a question to the Teachers Guild online community: “How can we create routines and rituals that build a culture of innovation?”

More than one hundred teachers responded with ideas, and one theme stood out.

“An awful lot of teachers wanted to open the student experience up to more flexibility and choice,” said Heather Best, who teaches fourth grade at Richmond’s King Elementary and is part of the team implementing the Teacher’s Guild at WCCUSD.

After poring through every submission, the team selected the “sub hack,” an idea from a high school English teacher and administrator in Maryland named Charles Shyrock.

Shyrock wanted to tackle a problem he had experienced in his own classroom: When the regular teacher is absent, class time spent with a substitute is often wasted.

“Teachers find writing sub plans one of the most challenging things,” Shyrock said. “Principals get frustrated when teachers are absent, and students feel that sub plans are often monotonous and mundane, drill-and-kill activities. Who wants to be buried in a pile of worksheets?”

Shyrock proposed that students develop independent projects to work on while a substitute is teaching. He did not have to look far for his inspiration. The sub hack is modeled on Google’s “20 percent time,” a policy that allows employees to spend one-fifth of their working hours pursuing projects of their own choice.

“We chose this, one, because we think it will help the culture of innovation, and two, it solves a genuine problem the district has,” Google’s Tom Sayer said. “It’s going to have a much lower barrier to adoption because it’s solving a problem.”

The WCCUSD team chose two classrooms for the pilot, at Richmond’s King and El Cerrito’s Madera Elementary Schools. Shyrock provided guidance and advice to the school leaders as they worked to implement his plan, frequently joining WCCUSD meetings via video conference calls on Google Hangout.

If the pilot succeeds, the district will consider expanding the sub hack to other classrooms and Google will look to introduce it to other schools.

The WCCUSD team hopes the forward-thinking mindset of the Teachers Guild spreads to students, teachers and school leaders across the entire district.

Groves said students would benefit from learning about design thinking. “We do students a favor by teaching them how to do these processes,” he added. “It’s process, not content, and that’s a huge shift to make.”