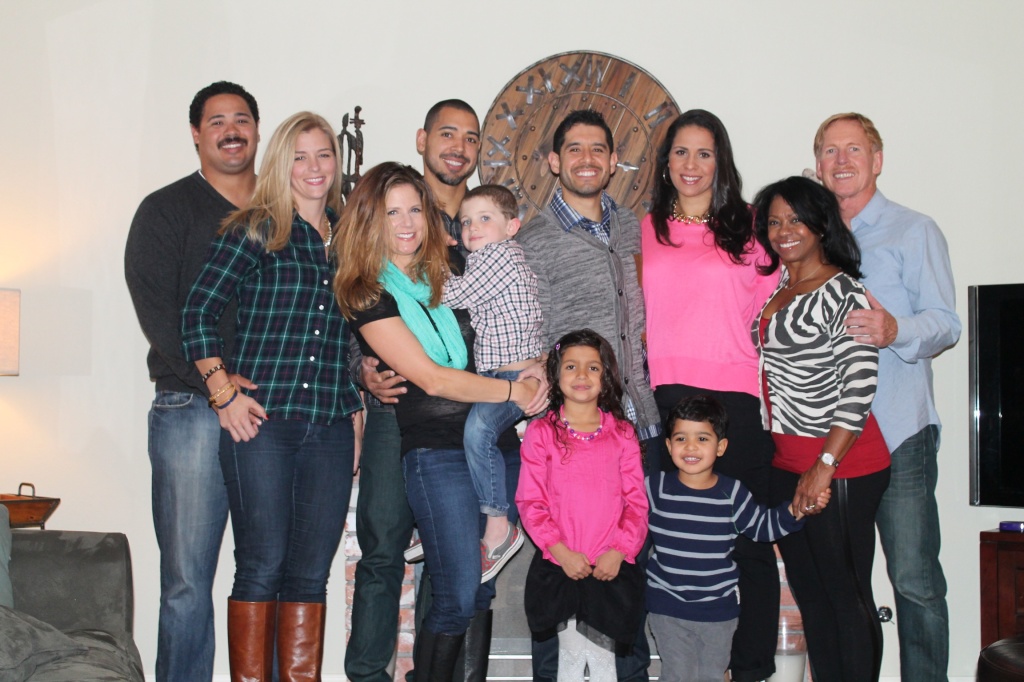 Michael Banks: A firefighter for 34 years, a husband for 40

At 5:30 in the morning, Michael Banks, Richmond’s Fire Chief, boils a cup of organic coffee and carefully pours cream in the cup, awaiting his wife. Although he never drinks coffee, over the past 40 years he makes coffee every single day for his wife before they work out together.

Later in the morning, Banks puts on his dark blue fire chief suit and drives to the Richmond Fire Department where he has served for 34 years. However, his long service to the city of Richmond will conclude when he retires on Dec. 30.

“I remember when he was on the [fire fighter] list he said, ‘If they hire me, I would be the best firefighter they hired,’ ” Lones Stern-Banks, Banks’ wife said.

It was March of 1980, when Banks was first hired by the fire department.

“I got a call and I said ‘yes’ without hesitation,” Banks said with a smile.

Banks, 61, sat in his meeting room at the fire department with his fingers crossed on the table. It’s hard to tell he’s over 60 from the glow in his face and the soft red color in his cheeks. His muscles can be seen through his white shirt.

A plaque with the words “The firefighter of the year” hung on the wall. Banks won the award in 1985.

To Banks, serving the fire department and the city of Richmond has a special meaning.

“It’s a dream come true to be hired as a firefighter and the fire chief for the past ten years,” he said. “It’s a perfect situation for me. I was able to be hired in the city where I live.”

Banks, who was born in Richmond, graduated from St. Mary’s College of California with a bachelor degree in Psychology and a minor in Physical Education in 1978. After he talked to some friends who had become firefighters, he realized it was something he wanted to do, so he applied.

Unfortunately 1978 was also the year California Proposition 13 passed. It had a series of effects on property taxes for Richmond, among them that the city was unable hire any new employees that year.

Banks did not give up his dream. After graduation, he worked three different jobs in the city to support his family.

But the good news occurred two years later when Richmond received more funding for new employees. So Banks started his “wonderful journey” as a firefighter.

“It’s been a wonderful experience when I started out being a firefighter, being able to go to medical calls, go to fires and help those people that are in need at that particular moment,” he said. “There is nothing like being able to go into a fire and putting it out. It’s very, very exciting. I truly enjoy that.

Banks said that when he became fire chief in 2004, the responsibility became even greater.

“I’m responsible for a lot of people’s lives, a lot of equipment and all of those things, so it’s just been terrific experience for me,” he said. “I have the ability to hire good people, to promote good people, to provide some funding for purchasing equipment, supplies and all those kind of things that help our fire department.”

“It’s a different kind of challenge. The fire is always there. You have to deal with it,” she said.

Banks said throughout all his years of risking injury or death by entering burning buildings, he was never scared. He knows that going into those fire scenes, there are some dangers involved. But that’s not in the forefront of his mind.

One of the biggest fires Banks ever responded to was the Safeway Warehouse Fire in 1988, during which flames and massive clouds of smoke could be seen across the San Francisco Bay in downtown San Francisco. He and his crew of 50 firefighters spent more than three days trying to extinguish the fire.

Banks was there for the first 24 hours. No one died in the fire.

One of the biggest misconceptions people have about firefighting is that they don’t fully understand the stress related to that job, Banks said.

“You go to terrific accident scenes and see something most people don’t want to see ever in their lives. You wake up in the middle of the night quite often.”  But in spite of those realities, Banks has found a certain peace with his work.

Richmond City Council member Corky Booze said he has never seen Banks upset about anything. During the interview, the most frequent word Banks used was “wonderful.”

“We [my wife and I] have a wonderful life together. We have three wonderful children, we have four grandchildren,” Banks said.

Banks and his wife have known each other since he was a sophomore in Pinole Valley High School. Banks calls her his “soulmate.” Once they reached senior year, they decided to stay together.

“We just felt like it was the right thing to do,” he said.

After college, they married. They have three children: Brandon, Ryanne and Connor.

To Lones, Banks is more than Richmond’s fire chief, he is also a great blessed partner.

“It’s been a journey with Michael. It’s getting better every day,” Lones said.  “He’s a great life partner. We grew up together. I can’t think of any downside of our marriage.”

“He’s one of the most loving husbands, fathers and grandfathers. You can’t find anybody more loving and lovable when it comes to family,” she said.

A couple of days ago, Lones and Banks were coming home from their routine workout. She saw a pine tree over the side of the road.  “Stop! Get that! I need this for my decorating,” she shouted.

It was a rainy day. Banks drove back and picked his wife the branches she wanted for Christmas decorations.

“That’s crazy but he did it, ” Lones said. “He actually is not that into Christmas.”

According to Banks, being a firefighter means not always being in control of his schedule: He might spend days away from home fighting fires, and he might need to work on the weekends and holidays.

“It can be a little hard on my wife when she’s got the kids at home,” Banks said. “The good news was that I would get several days off in a row that I would be home helping with kids.”

Lones said the children never felt they missed out on having their father around, because when he is home, he’s always with them.

“When my family was young, it [was] a good job,” she said. “My kids thought it [was] cool…” The family would call whenever they saw a fire in Richmond on the news if Banks was on duty.

Although Lones had her own career as a risk manager, having a husband who confronts danger for a living also had its stresses for her. Lones worried about him, but she said she always hoped for the best and planned for the best.

But there were tense moments. “It was July 4th,” Lones said without thinking. “There is a cliff in Point Richmond. I learned that he fell down from the hill. They had to rescue him from that. That was scary to hear about it.”

She said when she woke up in the morning, she told her husband she expected him to come home every day and Banks promised her he wouldn’t get hurt.

In 34 years on the job, Banks has only missed five days of work because of injuries, and has never been seriously hurt.

“His experience with the community, the fire department as well as the Richmond community has been as positive as anything can be,” Lones said. “If he’s happy, then I’m really happy.”

She is looking forward to Dec. 30.  Lones says she hopes Banks will “catch a breath” after retirement.

Banks said part of what he hopes to do is stay involved with the community — to participate in different community events.

“I also have the opportunity to do other things with my family that I wasn’t able to do in the past 34 years. [I’m] looking forward to it,” Banks said.

Banks added that Lones has been retired for eight years. She has been very patient and very supportive of his job.

“She knew there is something I wanted to accomplish in this department,” Banks said. “I haven’t accomplished everything but I just thought it would be a good opportunity for me to move on and devote more time to my wife and to my family.”

At the Nov. 25 City Council meeting, Mayor Gayle McLaughlin said Chief Banks has made invaluable contributions to improve the quality of the Fire Department as well as the safety and well being of the community in the City of Richmond.

“Upon the retirement of Fire Chief Michael Banks, the City of Richmond wishes to extend sincere gratitude for the innovative and progressive policies that came about under his leadership,” McLaughlin said.

Over the years, Banks makes sure Lones has cream for her coffee, while he also takes care of fires in the Richmond community every single day.