Once full of shoppers, and hopes, Hilltop Mall faces an uncertain future

Hilltop Mall, once seen as a boost for economic revitalization of Richmond, now sits in limbo, awaiting the next buyer.

Michael Piazzola, general manager of real estate firm Jones Lang LaSalle, the management firm for the mall, said the bank that foreclosed the mall will place it up for sale at a day and time of its choosing.

“We have a database of several potential buyers, ” Piazzola said. ” We will contact them when the bank tells us to sell the property.”

Although there are rumors of foreign investors coming to the rescue, the bank has not set a date to sell the mall yet, he added.

And this leaves Richmond residents with mixed emotions. Martin Sarkis, 30, a Richmond-born resident said that he has seen some big changes at Hilltop Mall since the 1980s.

“Hilltop mall will always have a special part in my heart because of all the memories,” said Sarkis. “Hilltop Mall sure went through many changes throughout the years. Unfortunately they are changes going downhill.”

“I’ve always enjoyed going to Hilltop Mall as a young child because of the stores they had, food places to eat and even having two movie theaters inside the mall,” Sarkis said. ” What they had back then is not comparable to what they have now.”

Sarkis recalled that the mall used to be a lively place that hosted exciting events, had a large playground and a variety of popular chain stores like Disney and McDonald’s, and two movie theaters.

Over the years, the quality and the number of stores have declined. On a normal Saturday afternoon the mall was empty — except for few customers wandering between the many vacant shops. 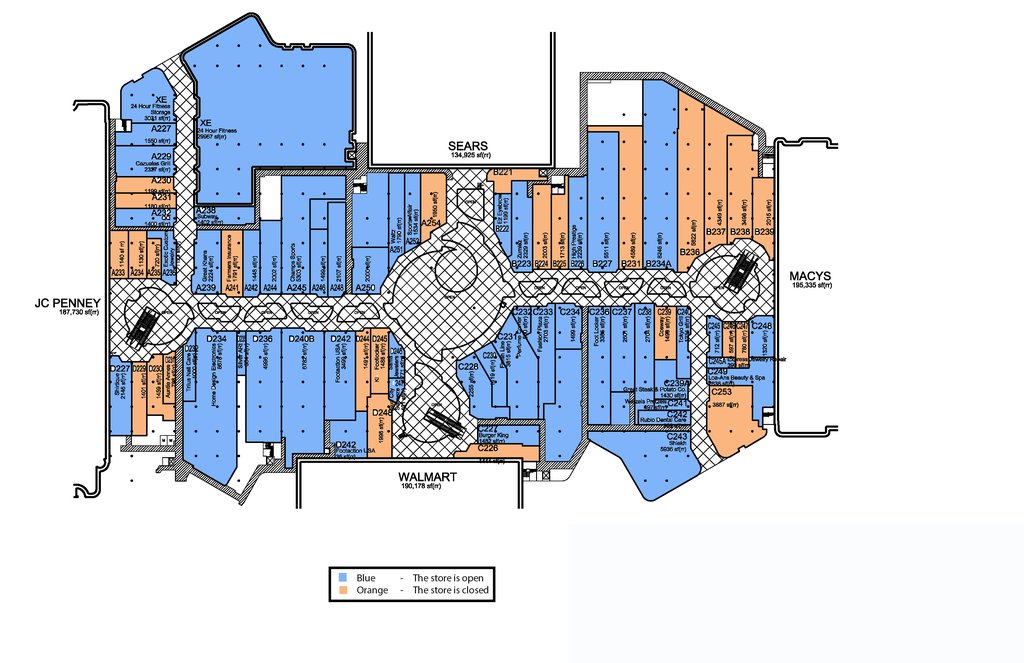 EditTouchShareFullscreen
Source news.google.com
Made with 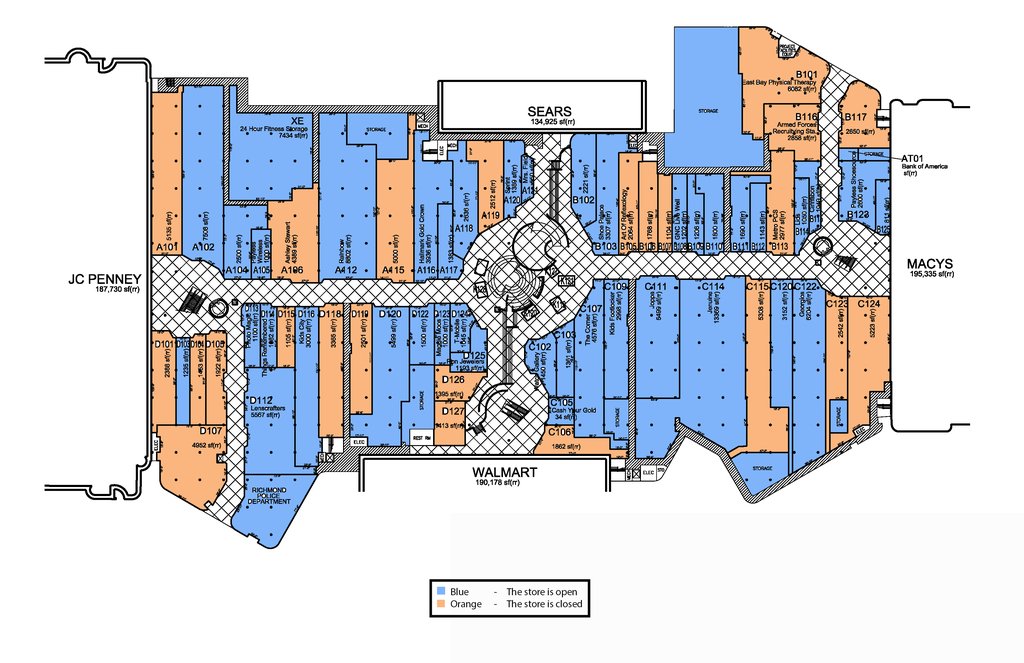 EditTouchShareFullscreen
Source news.google.com
Made with

But Piazzola says demand is out there. “The occupancy rate of the mall is around 75 percent…,” he said. “We get calls everyday from people who want to rent a space at Hilltop.”

Based on a Richmond Confidential calculation, about one-third of the mall’s commercial space is empty, not to mention the under-utilized 6,249 spaces of parking lot ( see infographic & maps).

“Sadly we leave our community to shop and dine out,” reads one survey comment. “We would love to spend our money locally, but the options in our area are poor.”

In terms of people doing business in Hilltop District, about 16 percent of them said they do business inside the mall, and more than a third do business outside of Richmond, according to the survey.

A variety of things have contributed to the decline of Hilltop Mall. Among those are frequent changes of ownership, an issue raised by city Manager Bill Lindsay in an interview with the Contra Costa Times in 2012.

Since the Mall opened in 1976 it has changed ownership five times. It was first owned by Taubman Centers which sold it in 1998 to GM Pension Trust. Six years later, GM Pension Trust sold it to the Mill Corporation. In 2007 it was purchased by Simon Property Group , the largest shopping center owner in the country. The mall has been in receivership with Jones Lang LaSalle since August 2012, and was foreclosed upon in June of 2013. Since, it has been owned by a Trust consisting of the former lenders.

Along with ownership changes, the mall got a reputation for a string of crimes in the late 1990s that may have frightened away customers and businesses.

A former manager for Naturalizer Shoes at Hilltop Mall, who did not want to divulge her name, recalled an incident when a man invaded her shoe stockroom and stole her purse and house keys.

“I fought with him retrieving my belongings from the thief while my costumer called the police,” she said. “Hilltop is notorious for gangs wearing either blue or red.”

Stephanie Roland has lived in Richmond for fifteen years.  She said that she came here a lot when she was a teenager and the mall didn’t have the reputation it has now.

“I’m not sure what went so wrong, but a lack of decent stores is definitely one of them,” she said. “They need stores that really pull the customers in.”

Richmond mayor Gayle McLaughlin said during last month’s Hilltop Forum that the downfall of the mall is the problem of different urban planning approaches in different times.

Like McLaughlin, despite the challenges faced, Sarkis is optimistic, too.

“I hope Hilltop mall will go back to the top as how it used to be,” he said.