It’s a breezy Wednesday evening in Richmond as Kenneth Walker III sits in the bleachers at Kennedy High School’s football field, watching the soccer and track teams practice. The shrill sound of blowing whistles and athletic chatter drifts past the grandstand as the teams line up for drills. Soccer players warm up in their bright orange practice jerseys, while the girls track team run laps.

Just outside the school’s gates, a group of teenagers runs by. Walker steps down from the bleachers, recognizing one of his classmates, and asks him what’s going on.

“We’re about to roll up on somebody,” the teenager says, referring to armed robbery.

Walker III tries to convince him otherwise, but the group continues down the street.

“See, this is exactly what I’m talking about,” Walker says, shaking his head and returning to his seat. “If I wasn’t on the ﬁeld, that could’ve been me.”

(Fortunately, Walker learned later that week that nothing had happened.)

Walker, a senior at Kennedy High School, is one of the school’s great success stories, an accomplished young man who will attend UC Berkeley next fall. His athletic feats — as a junior football player he garnered attention from six of the Paciﬁc-12 Conference schools before deciding on Berkeley, and last summer he participated in Nike’s The Opening camp at the Nike headquarters and the B2G Elite Camp at UCLA – have put him on a different path.

“I never expected to go this far with sports,” Walker said. “I was just playing to keep myself busy and out of trouble. It helped me get out a lot of my aggression and channel that energy into doing something productive.”

When he was 12, Walker got into trouble at school for acting out, and his parents decided to send him to Antioch to live with his father. The transition, he now says, was a life-changer. “It was different environment out there and that’s just what I needed,” he said.

Walker remembers Antioch being much quieter in comparison to Richmond. He says he never felt worried about his safety or about having to look over his shoulder and soon realized how different the education system could be depending on geography. At Freedom High in Oakley, the grades of athletes were monitored frequently, with coaches helping to tutor.

“The school was very organized and many of the coaches were professional athletes,” Walker said. “It took some getting used to, but I adapted to the change of pace. It was a good feeling to not have to worry about drama right outside your door.”

In person, the tall-but-slight 18-year-old is reserved. In the classroom, Walker sits in the front row of all of his classes and stays attentive. Every answer given is usually ended with a ‘ma’am’ or ‘sir’. Smiles are given sparingly, and are reserved for his friends and teammates like Deonte Pride and Tom Jacobs, joking about some of the teams they had played or the previous night’s Oakland Raiders game.

On the field, Walker switches gears and becomes a serious, composed player. He watches his teammates and his opponents attentively, and offers up advice to those that want to improve their game.

When he returned to Richmond to live with his mother after his time in Antioch, Walker worked hard at Kennedy to improve his grades and stay active in sports, earning him recognition from his coaches and teammates alike. As a junior, he knew the last two years were critical to him both for academics and athletics. Surrounded by family, Kenneth got the chance to run track with his sister Maria and step-brother Zel.

“It’s really been a blessing to see my son have a positive impact in the community,” said Kenneth’s father, Kenneth Walker II. “We’re all behind him and it’s nice to see Kennedy in the papers for something good.”

In some ways Walker’s success parallels the recent remarkable turnaround at Kennedy. In 2008, with the school itself facing possible closure, the school’s football team had to forfeit the remainder of its season because players were ineligible due to poor grades. To prevent it from happening again, coaches and Principal Roxanne Brown-Garcia worked closely to develop strategies to help student athletes remain focused, with weekly progress reports, mandatory study halls and academic conferences. This year, only one student was unable to play on the JV team.

“I didn’t know what to think at ﬁrst when I moved back,” Walker said. “Once I got to Kennedy, I knew that I had to work with what I had there and keep focused. I was happy though, to be around my friends out here again.”

Kenneth Walker II has kept a close rein on his son, keeping Kenneth focused on his grades and improving his game. Walker II also works as an assistant football coach and track coach, often staying late after practice to make sure the players get home safely.

“I always try and work with him so that he sees things as an adult,” Walker II said. “It deﬁnitely has been a journey coaching my kids. I played football and ran track, so everything that I know about the sports, I made sure Kenneth knew too.”

It is clear that there is a strong bond between Walker II and his son. On the ﬁeld, the dynamic works as Kenneth addresses him like a coach that has worked with a player for many years. Off the ﬁeld, their dialogue seems open. Kenneth is relaxed and candid around his father.

After excelling in football, Kenneth developed a talent for track as well. He has reached the California Interscholastic Federation state track and field championships three straight years in the 110-meter hurdles, placing sixth the past two years.

“When Kenneth was younger, I had him run and compete against college kids at UC Davis,” said Walker II. “It really made a difference because he learned how to judge competition and not be intimidated by an opponent.”

”My dad always says what you put into practice is what you get during game time,” Kenneth said. “It was a learning lesson that made me a stronger runner and gave me a conﬁdence over my competitors.”

On the football ﬁeld, Kenneth excels at making plays happen with his speed and agility. On the sidelines, he is a mentor and leader, joking with coaches and helping teammates with their technique.

“He got me to do what the other coaches couldn’t,” fellow track and football teammate Tom Jacobs said. “We just went over what I needed to work on and practiced on our own until I got it right.”

“We’re a family out here,” said Athletic Director and Coach Carl Sumler. “We’re so tuned in with the parents and students, and we make sure that everyone gets fed and doesn’t have to worry about purchasing equipment.”

Kenneth says he’s focused on staying healthy and gearing up to play in the All-Bay Shore Athletic League, a winter football league that takes top players from around the Bay Area.

Walker is optimistic and driven about his future. He talks excitedly about going to college, where he will study business management and accounting. He will be at Cal over the summer to begin his workout regimen and prepare for the season.

But for now, Walker wants to make the most of his remaining time in Richmond – starting with the upcoming track season.

“It’s all about how bad you want it,” said Walker III. “This is my last year at Kennedy and I’m ready to bring this track championship home.” 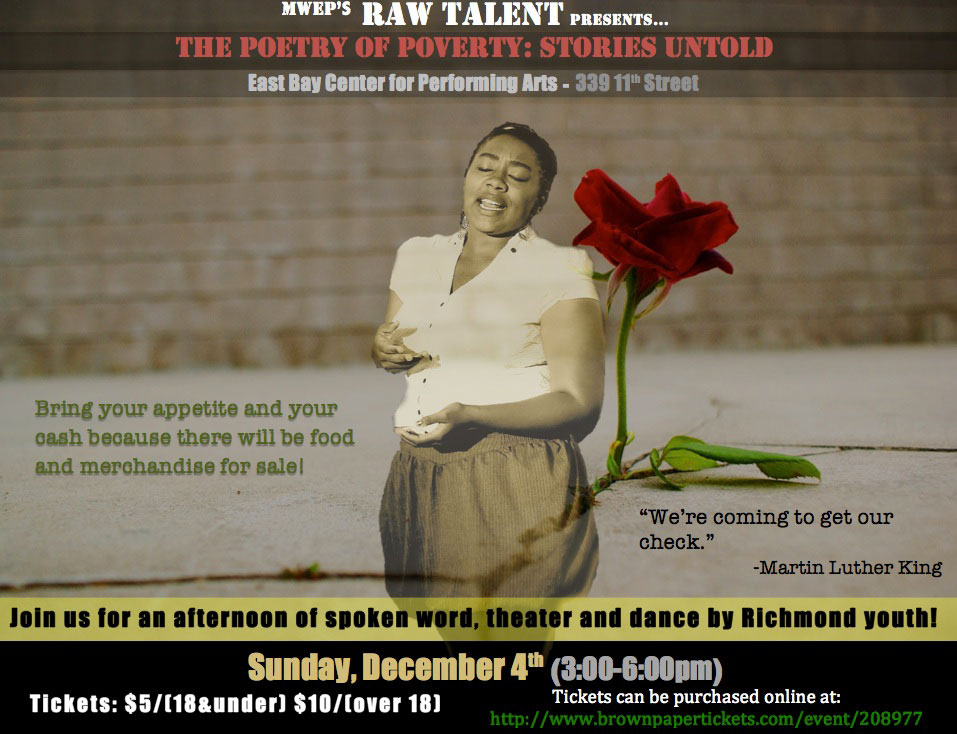